Platinum is one of the strongest and most durable metals, a six-inch cube of platinum weighs an astounding 169 lbs. Platinum is also known for its pliability, just one gram of platinum can be drawn into a fine wire over one mile long. Like other precious metals, platinum can be scratched, but when a platinum surface is scratched, a jeweler can usually polish away the damage and smooth it with little to no weight loss. Maintaining its volume also equates to retaining its value over the years, so that it can be treasured for generations.

The purity of Platinum makes it hypoallergenic and the ideal jewelry choice for those with sensitive skin. Platinum is generally 95% pure compared to 18kt (75%) and 14kt (58.5%) and is 30 times rarer than gold. Platinum requires little care, simply soak it in a mild solution of warm soapy water, and gently scrub with a soft bristled brush. You can follow this by buffing it with a clean, soft cloth. Platinum's strength and durability make it the most secure setting for diamonds and precious gemstones. 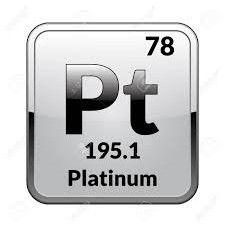 Gold is unique in that for thousands of years it has been used in many different facets of life. Ranging from ornamental royal wear, to a currency and a standard for global currencies, its many properties have enabled it to play a central role in human history and development. Gold is the only yellow metal on earth and is the only metal that does not form oxide film on its surface in air at normal temperatures. This ensures that gold will never tarnish or rust.

The brilliance, natural beauty, and luster of white gold make it a great choice for jewelry. Although gold is very strong, it's also the most malleable of all precious metals. Gold on its own would be too soft for daily wear, so to build strength and durability it is alloyed with a mixture of metals like silver, nickel, and palladium.

Its platinum like hue is part of what makes white gold jewelry so appealing. The gold is combined with metal alloys that are white in nature and plated with an extremely hard element called rhodium. This process results in the stunning white character and luster of white gold.

Rose gold has a "rose" tint from the gold-copper alloy that composes it. It is also known as "pink gold" and "red gold", and historically was very popular in Russia, even called "Russian Gold". Rose gold is a mixture of yellow gold, copper, and silver. Much more durable than white and yellow gold, due to the strength of copper that is mixed in. Considered by many to be the most romantic metal due to its pinkish-red color.

Palladium is a new metal in the market arena compared to gold and platinum. It was discovered in 1802 by William Hyde Wollaston, who also named in palladium after the asteroid Pallas. Wollaston found palladium in crude platinum ore from South America.

Palladium by itself has been used as a precious metal in jewelry since 1939, as an alternative to platinum for making white gold. This use resulted from the naturally white color of palladium, which required no rhodium plating. Palladium is much lighter than platinum in proportion. Like gold, palladium can be beaten thin. Unlike platinum, palladium may discolor upon heating to above 400 C (752 F).

Palladium is one of the three most popular metals used to make white gold alloys, the other two being nickel and silver. Palladium-gold is a more expensive alloy than nickel-gold, but seldom causes allergic reactions the way nickel-gold can. 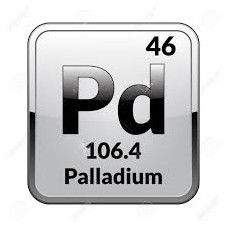 Sterling silver is usually 92.5% silver and 7.5% copper. Silver is much more plentiful than platinum or gold and is much less expensive. It takes on a much higher polish than any other metal, but it does tarnish. The tarnish can be removed, but silver requires much more care than other metals. 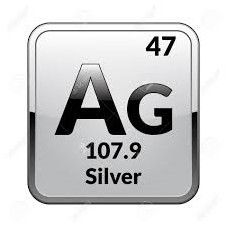